The 2021 Creators Seminar will hold a talk event on the relationship between film and music.
While taking a look back on the director’s career, a discussion on how the director approaches music towards the completion of his film.
Aimed towards young filmmakers, we will talk about the importance of film music & how a director can improve on his film.
*The event and film details may change.
*Talk in Japanese only. 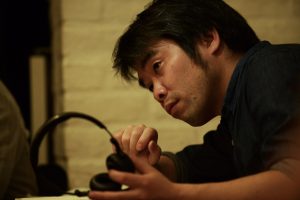 Born in 1979. After working on TV documentaries, he made his film debut as director in 2008 with “108.” For this work, he won the Shindo Kaneto Silver Award & the Yokohama Film Festival New Director Award. In 2012, he won the Puchon International Fantastic Film Festival Grand Prix & Audience Award for “Space Brothers”. In 2016, he won many awards, including the Takasaki Film Festival’s Best Director Award, for “Satoshi no Seishun”. In addition, he directed “Parallel World Love Story” in 2019. Currently, he is based in Kanazawa where he also actively produces documentaries. 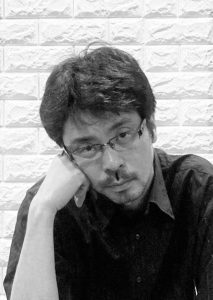 Yohei Nagato Born in 1981. Assistant professor of the Department of Body Expression and Cinematic Arts, College of Contemporary Psychology at Rikkyo university. He investigates the relationship between film images or stories and various auditory elements, such as voice, music, sound, noise, silence, etc., and what role different sounds play in our cinematic experience and paying particular attention to the sound in films. His book “Eiga onkyōron: Mizoguchi Kenji eiga o kiku” (Misuzu Shobō, 2014) won the 36th Suntory Prize for Art and Literature. His recent works are as below; “Shibuya Minoru: kyosyō ni shite itan” (edited by Miyoko Shimura and Yoshinobu Tsunoo, Suisei-sha, 2020), “The Culture of the Sound Image in Prewar Japan” (edited by Michael Raine and Johan Nordström, Amsterdam University Press, 2020), “AA: gojūnengo no Albert Ayler” (edited by Narushi Hosoda, Kanpan-sha 2021).