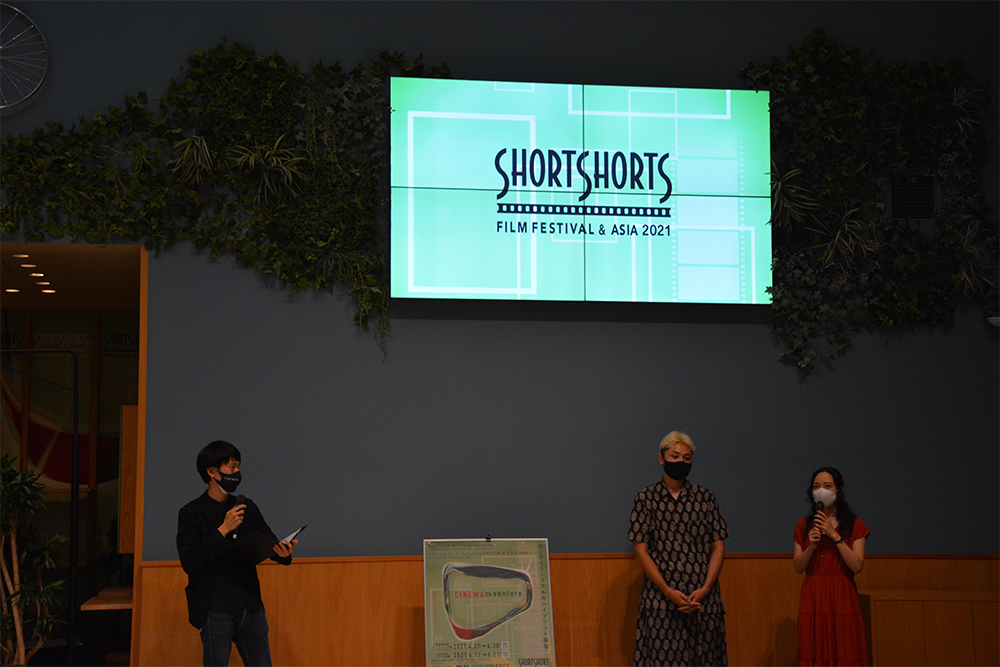 3 directors visited for their screenings at TORQUE SPICE & HERB, TABLE & COURT in the Shibuya Stream complex. We screened the “NEO JAPAN Program.” At Torque, you can watch the shorts while eating and drinking in the café. In addition, it was raining today but when it’s sunny, you can watch movies sitting on the futsal court outside. Today, the guests who took the stage after the screening for the Q&A were Eiichi Takahashi of “Sarari Dorori,” Yu Muraki, director of “Fly, Flow, Cease,” and Aki Hiraoka of “Unknown Son.” 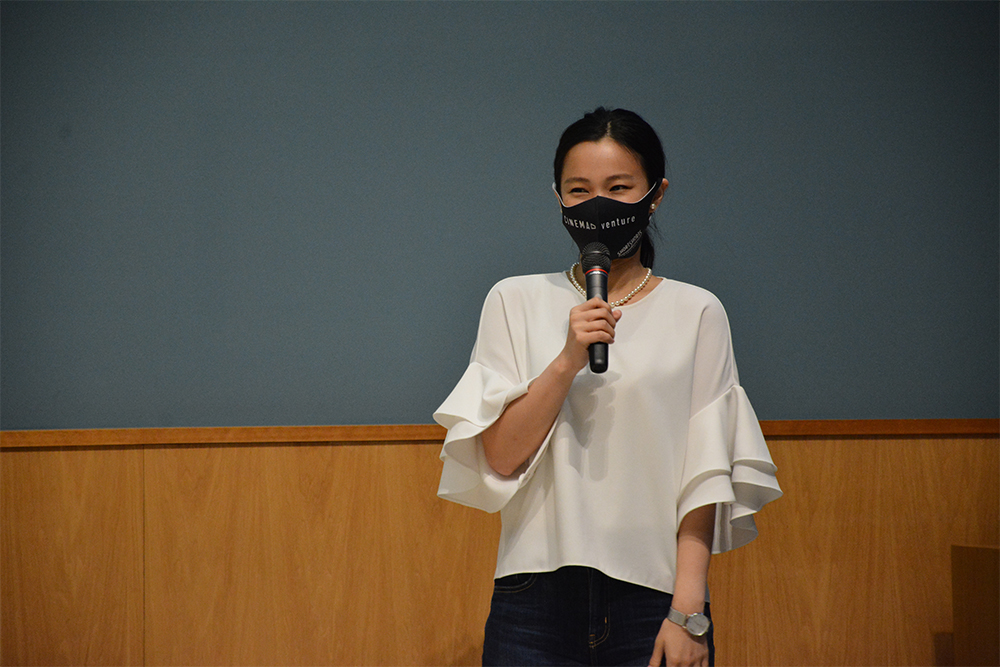 The first director to take the stage was Aki Hiraoka, director of “Unknown Son.” With a low budget and a small staff, she took on various roles to create work. Though it was a lot of hard work, having it selected for the festival gave her confidence. In the future, she plans to continue in films as director and actress. 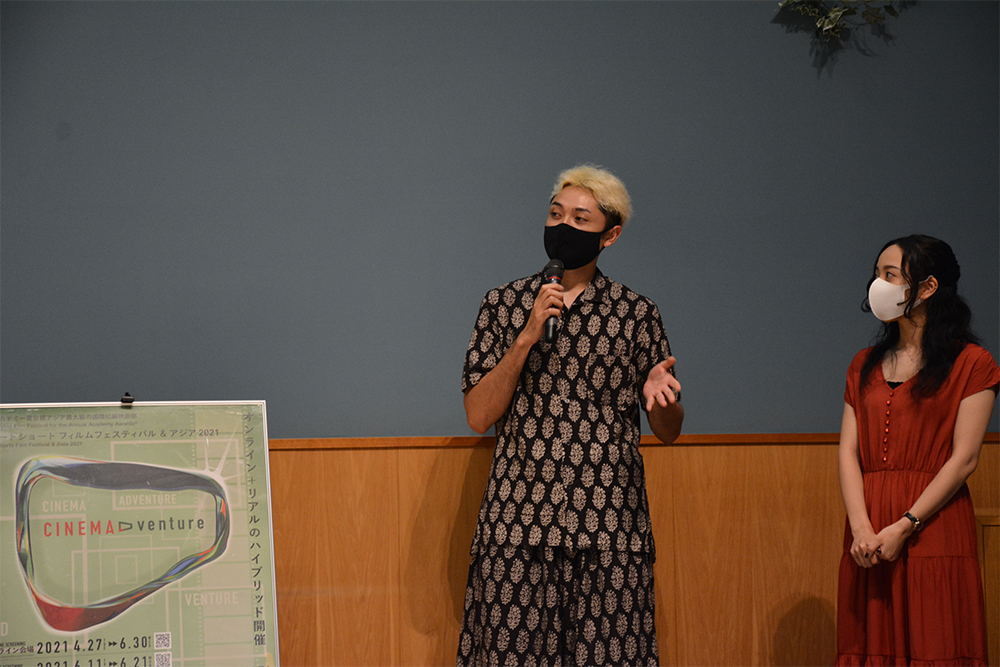 Next on the stage were Director Eiichi Takahashi of “Sarari Dorori” and actor Yurie Inouchi. Director Takahashi talked about how he made the film through discussions with the cast.

Yurie spoke about how he felt reading the script and that he would like become an actor that leaves an impression on a film. 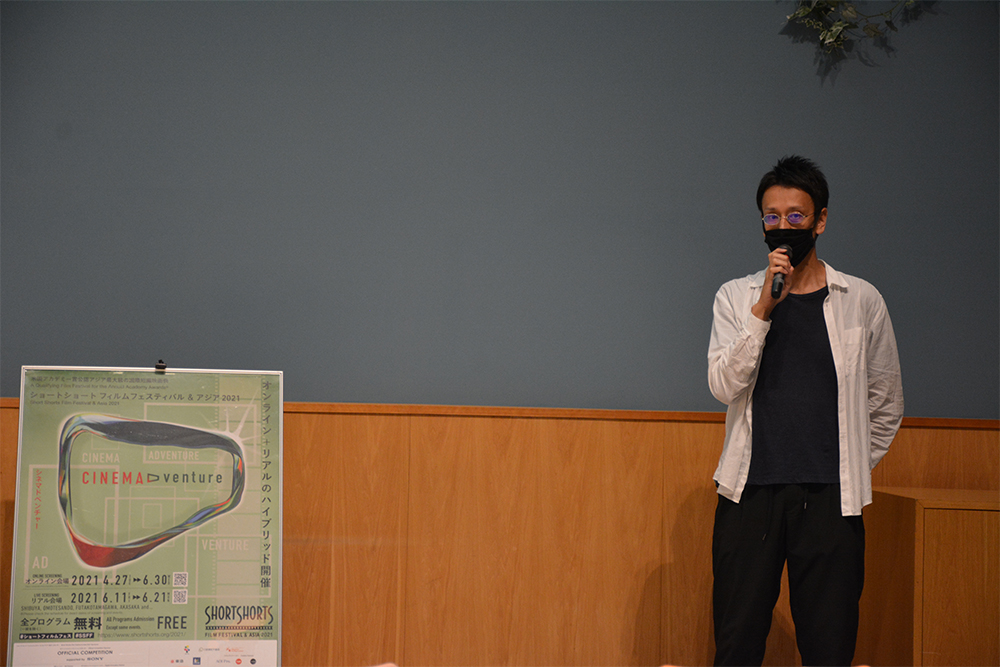 The final guest was director Muraki of “Fly, Flow, Cease. “He said that the production was hard work but that he was happy with the result & was happy to have people see it.