We started the day with the Asia International & Japan Program 6. This program featured 4 shorts from the Indonesia, Taiwan, & Japan. 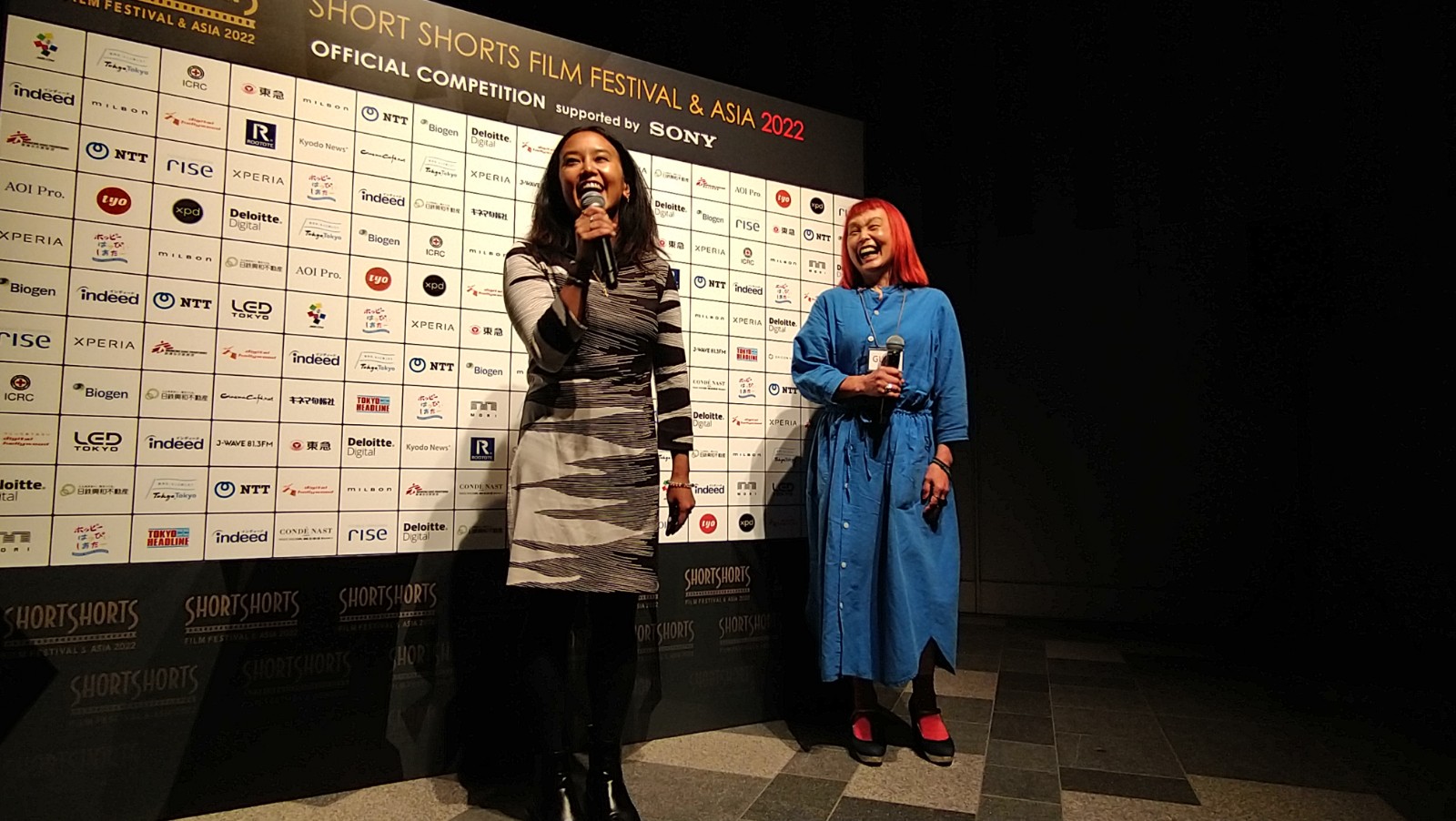 From this program, director Anna J. Takayama brought along her Mom & lead actor in the film, legendary voice actor Urara Takano. Anna told the audience she wanted to show the life that she saw through her own eyes as her mother built a career as a voice actor. You could hear the audience gasp in delight as Urara told the audience that for one scene, Urara was to eat a boiled egg & following her daughter the director’s wished, had to do take after take & wound up eating 26 boiled eggs! And naturally as you often have in filmmaking, the scene was eventually cut!

The film shows an interesting view of voice actress casting in Japan as well as some aesthetically sublime shots of Japan.

Our next set of guests come out for the post-screening Q&A of the film “Over & Over Again.” This film is another in a series from major satellite & cable TV station WOWOW. ”The Actor’s Short Film Project is in its 2nd edition & once again they gathered some of the hottest young actors to give them an opportunity to direct a film with the support of WOWOW. Just a couple of basic rules: 2days only to shoot, they must appear in the film themselves, & they all have the same budget to work with. A great project that’s produced some stunning short films. This one was directed by Sho Aoyagi & stars another hot, very talented young actor Nijirō Murakami. The slow-burn story about a young man who by chance starts to realize that all is not as it seems with his family & begins to question if he really is a member of the family. Screenwriter Ai Yamazaki & Producer Miyata Kōtaro of st’blue (Studio Blue) came out to participate.

The day was rounded out with our Non-Fiction Program -2 followed by the International Program 5. The Non-Fiction Program featured a Special Screening of the Academy Award winning doc “The Queen of Basketball,” about legendary woman basketball player Lusia Harris, the only woman officially drafted into the NBA. The film shows her as the superb athlete that she was but I was especially taken by her as a person who battled illness and still raised a family of scholars.

Next up was International – 5. One of my favorite programs, this program includes the short “Shark,” the 3rd of a trilogy directed by and starring the actor Nash Edgerton who enlisted Rose Byrne to co-star as well. The 1st in the series is titled “Spider.” The 2nd “Bear.” I don’t know if you’re seeing the pattern here but all the films star Nash a prankster who takes things just a bit too far to disastrous results.

The program also features one of my top picks (I have 2 Number One’s this year), titles “Warsha.” Absolutely wonderful, unique, distinct, sublime, aesthetic… I could go on & on. Just watch it please. (Please check our website for on-line screening info {https://shortshorts.org/2022/en/online/}.

We ended the day with a special event: LINE NEW VISION – “JŌGE KANKEI” (translates as “Vertical Relationships”). This was a special screening & talk show with LINE, Japan’s premier messenger app that has gone way beyond just a messenger service but has expanded to music, manga, ticketing, shopping & many others. They produced a 10-episode mystery/drama titled “JŌGE KANKEI” which has drawn over 10-milion views. For this event, they premiered a one-time-only screening of all 10 episodes edited together as a feature with extra scenes thrown in. Festival Ambassador LiLiCo hosted director, Kensaku Kakimoto, castmembers Yuumi Kawai & comedian turned fine actor Itsuji Itao for a post-screening talk show. 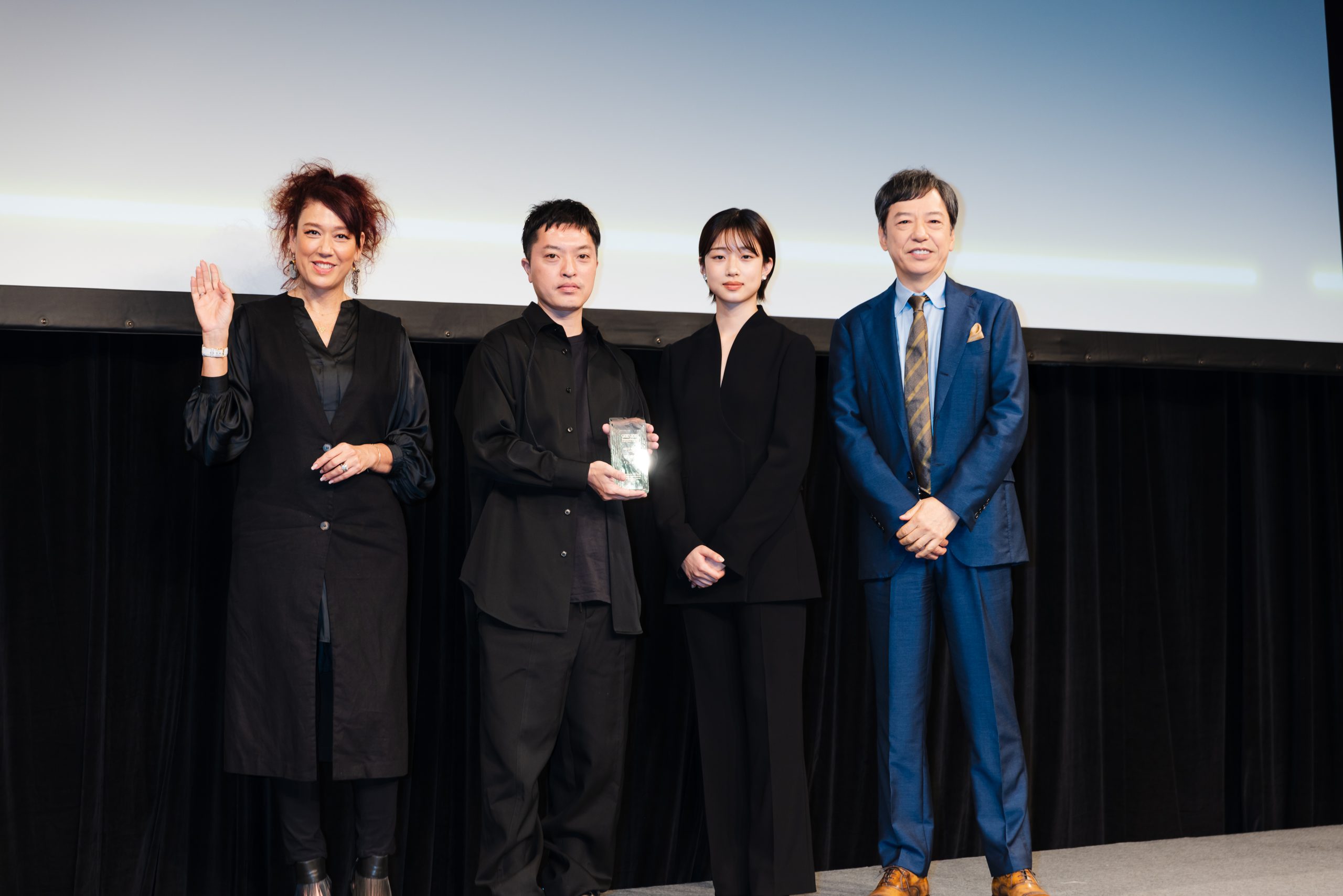 So that’s a wrap with an exceptional final day here at Omotesando Hills. So great to see full crowds come out for the screenings & Q&A’s.

So we’re heading out to Itscom Hall in the suburban Tokyo city of Futako Tamagawa. Screenings start Thursday, 10/16. See you there.