Academy Awards® qualifying Short Shorts Film Festival & Asia 2022 has announced The 3rd “Biogen Award”, which was selected out of the films nominated to SSFF & ASIA 2022 competitions, as Barefoot Empress directed by Vikas Khanna.

One of the world’s first global biotechnology companies, Biogen has been SSFF & ASIA’s partner since 3 years and continued to provide ethical pharmaceuticals for neurological diseases based on its vision of “Make Impossible Possible in Neuroscience”. Among the films to be screened, the Biogen Award is presented to a film that powerfully conveys the theme of “Make Impossible Possible”.

Followed by the 1st award winner “Final Exam” (Singapore) and the 2nd ”Stairs”, the winner of this year’s Biogen Award is “Barefoot Empress” an Indian Film from Non-Fiction Program. It is a story about a woman who starts school at the age of 96.  The director Vikas Khanna is also a Michelin Star Chef. He wanted to portray a woman who forges an identity by action. This story will inspire many dreamers out there that you can do anything regardless of age or custom. This film will be streaming at the SSFF & ASIA 2022 Online Theater from today till June 30th, as well as screened at Euro Live in Tokyo on June 9th. 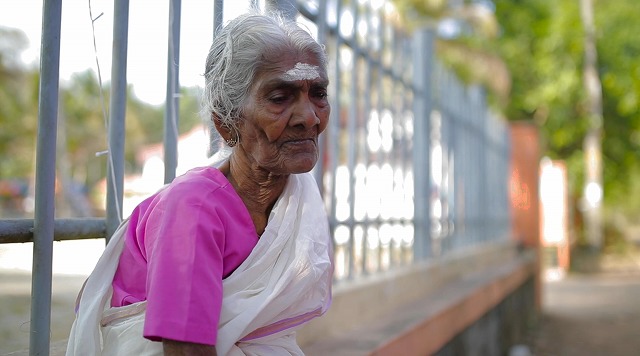 96-year-old Karthiyani Amma lived a life sweeping temples in India. Decades later she broke with tradition returning to school. There, she shattered expectations, earning the top score in her class. Her inspirational story is proof that it’s never too late to realize your dreams.

Reason for the Award: The fact that she challenges and does not give up her strong desire to study even at the age of 96, and that she continues to work hard regardless of her age to achieve the top performance in the class, is in line with Biogen’s vision of “Make impossible possible.” Ms. Karthiyani Amma’s strong wish of not giving up is compatible with the feelings of the people living with various diseases who wish to challenge what they want to do even if they have diseases. This is a work that Biogen empathize with.

An internationally acclaimed Indian American chef and one of the 1st Indian chefs to be awarded a Michelin Star in the U.S. He was also featured amongst the 10 most influential chefs in the world by Deutsche Welle. An author of 37 books, and documentarian. The Last Color marked his debut as a film writer/director.

Comments from the director

My heart is dancing right now as we receive the Biogen Award at Short Shorts Film Festival & Asia.  Make Impossible Possible… well that fits so perfectly with our heroine, Kartyayani Amma’s journey to find education at the age of 96 in a rural village in India.

As pioneers in neuroscience, Biogen discovers, develops, and delivers worldwide innovative therapies for people living with serious neurological diseases as well as related therapeutic adjacencies. One of the world’s first global biotechnology companies, Biogen was founded in 1978 by Charles Weissmann, Heinz Schaller, Sir Kenneth Murray, and Nobel Prize winners Walter Gilbert and Phillip Sharp. Today, Biogen has a leading portfolio of medicines to treat multiple sclerosis, has introduced the first approved treatment for spinal muscular atrophy, and is providing the first and only approved treatment to address a defining pathology of Alzheimer’s disease. Biogen is also commercializing biosimilars and focusing on advancing the industry’s most diversified pipeline in neuroscience that will transform the standard of care for patients in several areas of high unmet need.