A Talk Event was held to celebrate June 4th, the day of short films.

The Event was held virtually at DOOR™ Theater Supported by NTT! There were many avatars at the special stage.

It was a special event with only 20 guests and many said that it was their first time using this technology attending these events.

Ori Hime-D, an alter ego robot, also took the stage as a supporter of the event. OriHime-D’s pilot Ito-san, Introduced that avatar guidance services were provided employment support service for persons with disabilities.

Mr. Ito explained the wonders of communicating with an Avatar, saying, “you can act freely without prejudice about your body, place, or time.”

short films by AI scriptwriters that can be experienced at this year’s film festival theme “Meta Cinema” and seminar events that explore how brain wave analysis can be used for video expression are introduced, Bessho said, “A film festival connects people together regardless of whether they are famous or unknown. Virtual space and avatars will make new possibilities for people to connect to talk about cinema.”

For LiLiCo, “Meta Cinema” is “something that could exceed oneself by expressing another self?”

“people from all over the world can get together in such a virtual space and talk about how this film was,” she talked about the new form of the festival. We also had feedback from the participants what they thought of the DOOR ™ theater.

There were voices who enjoyed the feeling of this experience, “I became an avatar for the first time. I thought that the future could be opened up” and “It is easy to talk in virtual space and avatars even though I can not talk face to face in real life”.

At the end of the event, VR Shortfilms “Good Luck Mark” and “Clap” were introduced.

This event will be on Youtube! Go Check it out! 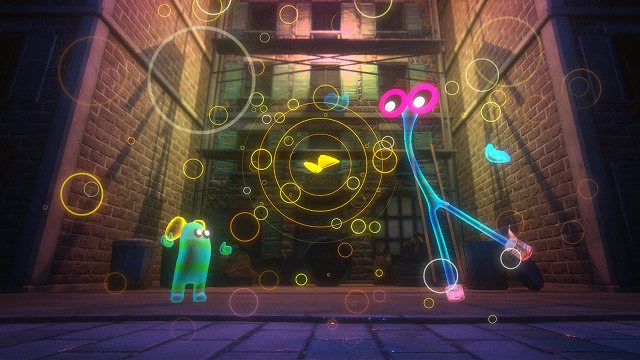