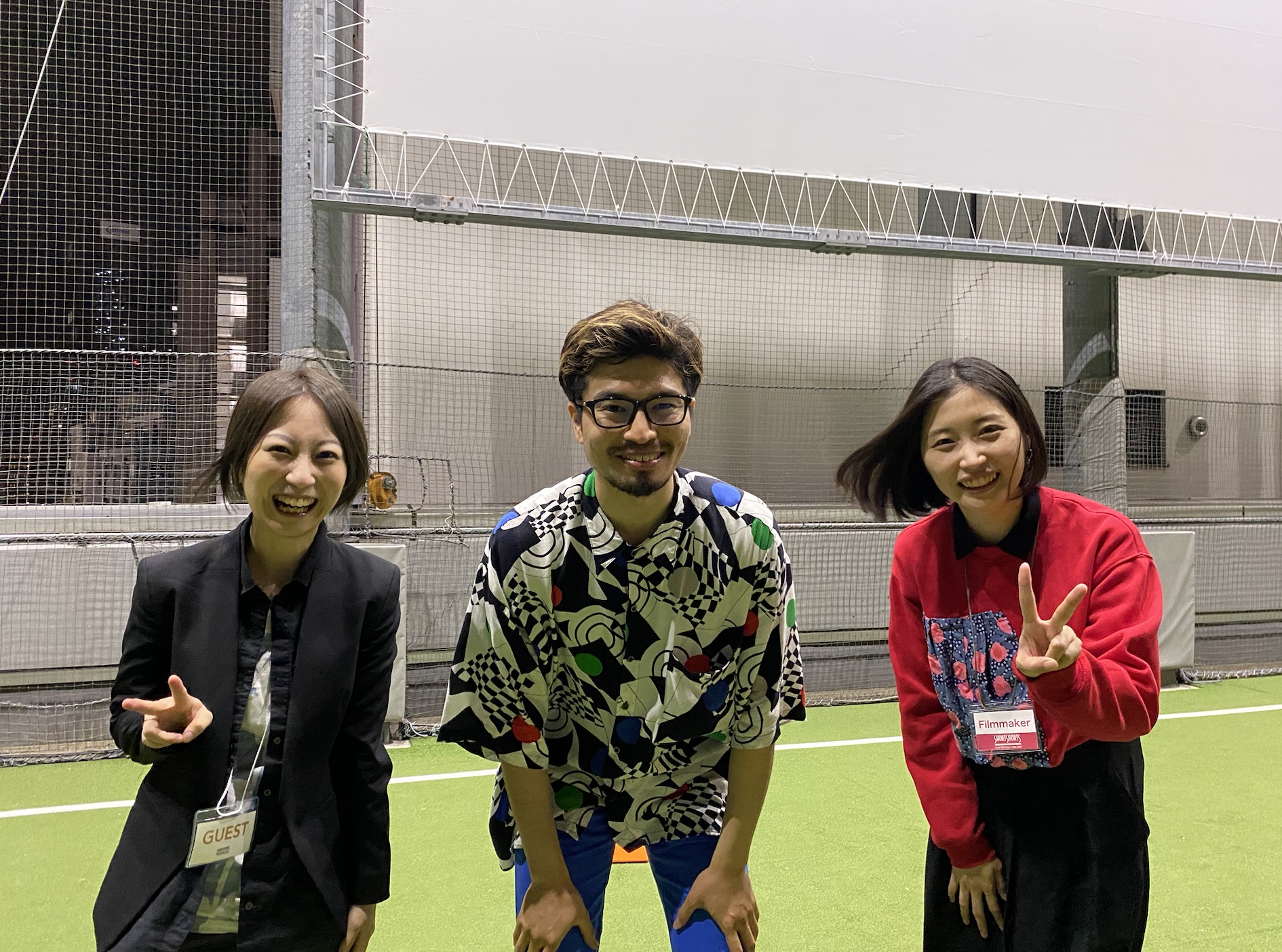 We screened the U-25 Project 1 & Ladies for Cinema Project today.

There were a lot of varieties of genres expressed in the U-25 Project. For the Ladies for Cinema Project it had films that focused on the hardships of women, such as fear and disappointment.

At the Q&A session, we had the honor of meeting the directors of Five Colors~Dyeing and Weaving artisan~ and Veils.

Tomoya Inaoka, the director of Five Colors~Dyeing and Weaving artisan~, talked about his journey to becoming a director and his love for his home, Awajishima. He aspires to make films about Awajishima next.

Erika Nakayama, the director and star of Veils, and Marie Murata, the producer, came to the event. This story came to life from a friend that talked about her experience. It showed the isolated feeling that minority communities can feel. The first scene was the first thing she thought about. She also like the film “Jojo Rabbit” and hope to someday make a film like that.

Yoshimi Joya, the Director of Be Happy Anyway, talked about her year that she went backpacking and traveled the world. The place that she had the most impression was the Atacama Desert with its redness. She wants to return the favor to “films” for giving her hope through out the years by directing and being evolved with filming. There are some connections to her new film “Doughnut Mori” with this film she hints.

Click this link down below to watch the full Q&A session!